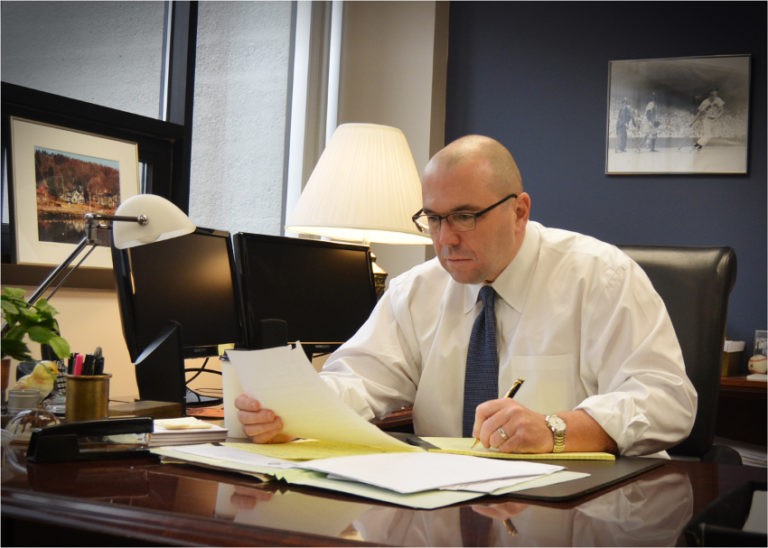 After more than twenty years as a lawyer representing people during the most stressful times of their lives, I don’t think people really care where I went to law school or what bar associations I belong to.  I don’t blame them. When we are working together for months at a time, and sometimes longer, we really get to know each other.  What is important is our trust, and how we work together.

There are a few things that I believe in that guide me in representing people.  You can read about what I believe here.

When I am not representing people in court, I love to fly fish, especially in the rivers and bays of the North Shore. My wife will tell you I don’t catch much, but I believe in catch and release, so I don’t bring many fish home.

My wife is a high school teacher. She used to teach biology, then got frustrated that some of her students couldn’t read well, so now she teaches reading. I love going to her classroom once in a while to talk with the students about legal issues they have read about.  I’m always impressed with how smart they are, even if they don’t realize it.

The most rewarding thing I do outside of work is helping to produce veterans’ history programs . I helped create the Pathways of Patriots speaker series, and I help run  Military Service Day at the George S. Patton Homestead. It has been an absolute privilege to get to know veterans from all generations, from all walks of life, and to help tell their stories.  My dad is a Vietnam veteran, and that’s part of why this work is so important to me. While representing veterans and military personnel in court I have seen the result of some of the trauma they have experienced.  Its so important that they aren’t forgotten.

I love baseball.  I played in college, and then in an amateur league until I was almost 40.  My dad and my grandfather passed on to me their love of the Red Sox.  Among my favorite memories are going to Fenway Park with them as a little boy, and seeing the impossibly green grass as we walked up the ramp from under the stands.

I graduated with a degree in history from Middlebury College, in Vermont.  I still read a lot of books about history, but I also like mysteries and spy thrillers.

I got my law degree at Washington and Lee University School of Law, in Virginia’s Shenandoah Valley. I enjoyed living in Virginia, but was glad to come back home after school. Virginia is beautiful, but I missed New England.  I started my criminal defense practice in 1996. Since then, I have represented people in State and Federal Courts, at trial and on appeal.

I want to get to know each client as an individual, to understand as much as I can about what makes them special.

I believe that no one should be judged as a person based upon their worst day or worst mistake.

In law school I was a student director of the Virginia Capital Case Clearinghouse, where I assisted in defending death-penalty cases.  I was also an editor of the Capital Defense Journal.

Get a Free Case Consult

Get a Free Case Review!